Competitive play in the Benelux region just got even better. Here’s what’s happening.

We’re excited to announce that we’ve partnered with Belgian agency 4Entertainment to evolve the Benelux ERL and further level up League of Legends esports in the region.

While Benelux will continue to be considered one region, it will now feature two separate Leagues, the Dutch League and the Belgian League, and two paths to qualify to the European Masters. Both leagues will initially feature six teams for the inaugural 2020 season, with plans to expand the number of teams down the road. Players from the Netherlands, Belgium, and Luxembourg are welcome to play in either the Dutch or Belgian League, which will both represent the Benelux region.

In addition to these two leagues, which will represent the highest level of competition in their respective countries, we’ll be introducing an ‘Open Tour’, a series of connected tournaments which will serve as a platform for up and coming teams and players aspiring for a pro career to prove themselves. More information on these will follow early next year.

Both leagues will follow the same structure and each of them will feature:

WHAT HAPPENS TO THE BENELUX PREMIER LEAGUE (BPL)?

The Dutch and Belgian Leagues will replace the BPL as qualifying leagues for the European Masters. Information on how to apply will be released soon by 4Entertainment. We would like to take this opportunity to give our sincere thanks to the operators of the BPL, GamersFirst, for everything they’ve done to bring esports in the Benelux to the next level, and look forward to continuing to collaborate on new opportunities.

WHEN DOES IT START AND HOW CAN I WATCH?

You’ll be able to catch all the action on the leagues’ respective Twitch and YouTube channels. Keep an eye out on @lolesportsnl and @lolesportsbe to get updates on schedule, format details and where to watch. 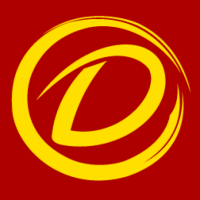